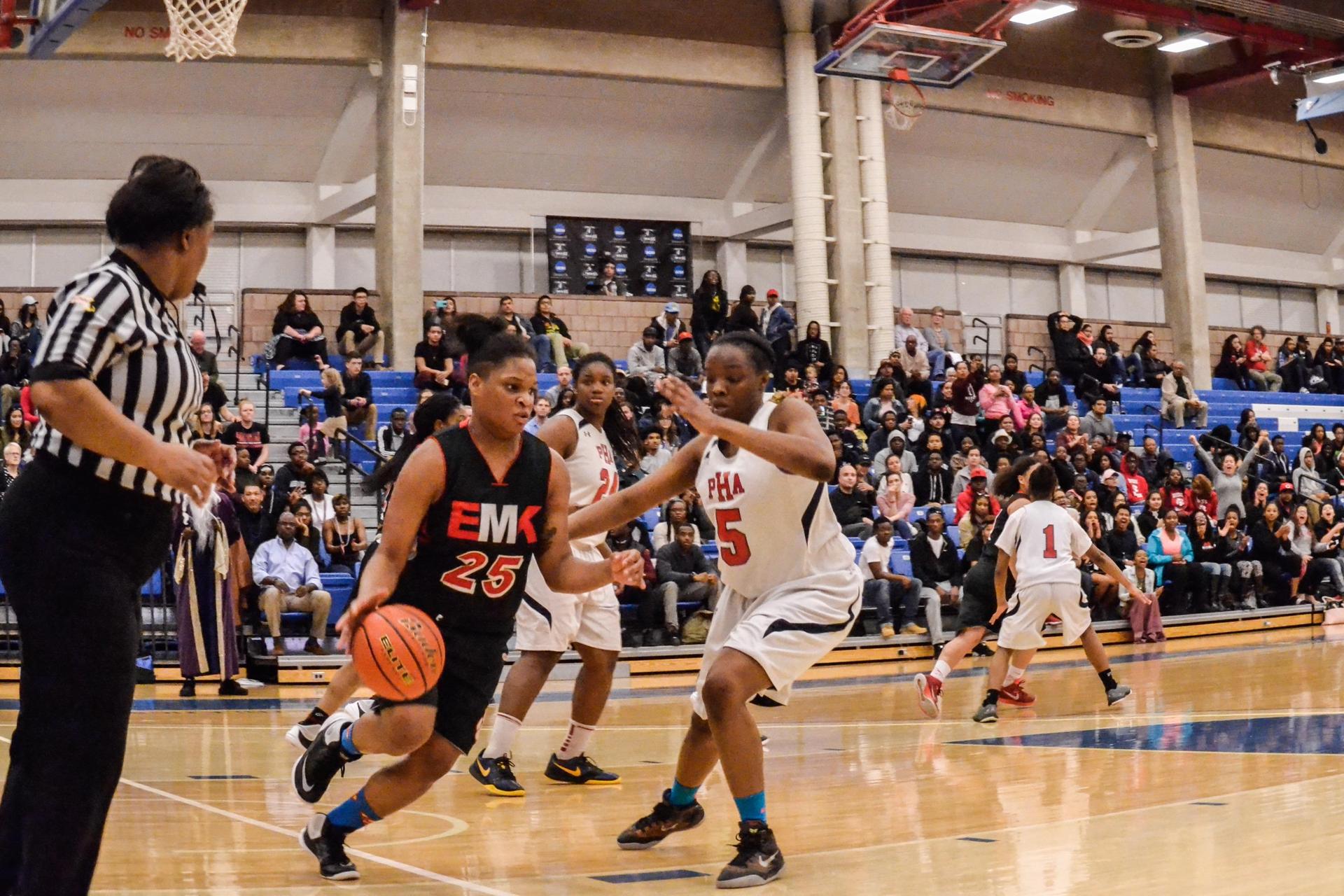 “. . . In a nail-biting contest that extended into overtime, the Prospect Hill Academy girls basketball team, who had won two previous championships, suffered a two point loss but regained. . . “
Students attending charter and other small non-district schools are often not afforded the opportunity to compete in exciting tournaments. “All charter schools, particularly middle and high schools, face the same challenge: How to provide a quality athletic program that satisfies the needs of the students without draining the school’s budget.” says former Massachusetts Charter School Athletic Organization’s (MCSAO) Executive Director, Jack O’Brien.

However, in the spring of 2002, a group of dedicated charter school athletic directors got together and came up with a solution. Spearheaded by Mr. O’Brien, who serves as PHA’s Athletic Director, the Massachusetts Charter School Basketball League (MCSBL) was founded. This governing body was the first step taken in the direction of organizing, regulating and promoting the charter school athletic movement. At that time, basketball was the most widely established sport offered by charter schools that could be formalized into a league. The MCSBL was a 3 year experience during which time other interscholastic sports programs were being developed by its member schools. In May of 2005, the MCSBL transitioned to what is now the MCSAO. This governing body will now work to incorporate other interscholastic programs as well. For example, in the fall of 2005, the MCSAO fielded its first ever soccer league and tournament. It is now poised to go forward with baseball and softball leagues and tournaments this coming spring.

This experience has had a profound effect on charter school students. “At Prospect Hill Academy Charter School, the athletic experience has become an integral part of the total educational process. As with the academic program, the implications of a strong athletic program are far-reaching. Athletics affords students who participate the opportunity to push themselves to higher levels of achievement. They become more focused and more disciplined as they compete amongst their peers for honor and respect. It can also play a significant role in the development of a child’s self-esteem and well-being.” explains O’Brien.

The overall impact of the MCSAO is not something to be underestimated. Member schools have been able to attract students with a desire to excel academically without missing out on developing their athletic abilities. Due to the smaller size of many charter schools, the chances of a student being selected to a team are proportionally higher. Furthermore, athletics serves as a community builder, uniting students and faculty of all backgrounds behind the aspiration to achieve. “At PHA, the athletic experience has provided many of our students with a sense of belonging, a sense of pride and a sense of accomplishment,” says O’Brien. “It has also instilled a sense of school spirit and devotion. Competition has taught them the fundamental values of teamwork, sacrifice, and sportsmanship and at the same time has galvanized our entire school community.”